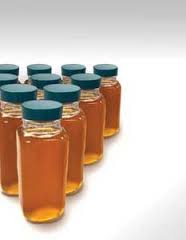 The global increase in biodiesel production has led to a marked increase in world glycerin production. Glycerin is produced as an approximately 11 percent byproduct in the transesterification of triglycerides, which are the predominant feedstock material for producing biodiesel. Glycerin remains one of the most versatile and valuable known chemicals and has a wide variety of uses and applications. The added production of glycerin by the biodiesel industry has created a supply that has encouraged the development of new industrial applications for this material. For example, recent reports tout glycerin’s ability to be used as a raw material building block for the production of high-volume industrial chemicals such as propylene glycol, epichlorohydrin, acrylic acid and polyhydroxybutyrate.

Purification is required to transform crude glycerin to a usable state for existing or emerging uses. The purity requirements for the emerging applications of glycerin vary, and are often intermediate to the crude and refined grades previously established for the classical applications. The salt content in crude glycerin, stemming from the use of homogeneous alkaline catalysts, often ranges from 5 percent to 7 percent, which makes conventional techniques cost intensive. This suggests that for future glycerin markets a new low-cost purification strategy may be more cost-effective than conventional routes.

The glycerin produced in the transesterification of triglycerides reaction is a crude grade. Almost all biodiesel production today involves homogeneous alkaline catalysts such as sodium methylate. The transesterification of triglycerides with methanol generates a methyl-ester phase and a glycerin phase. Impurities such as catalyst, soap, methanol and water are preferentially concentrated in the glycerin phase. The glycerin phase is typically neutralized with acid and the cationic component of the catalyst is incorporated as a salt.

With the global demand for glycerin increasing daily, and various innovations in processing persistently arising, there is a constant need to stay on top of the latest breaking industry news. See what we think are some of the most interesting things happening in the world of Glycerin!

May 2008 – Biodiesel Magazine – An Innovation in Glycerin Purification